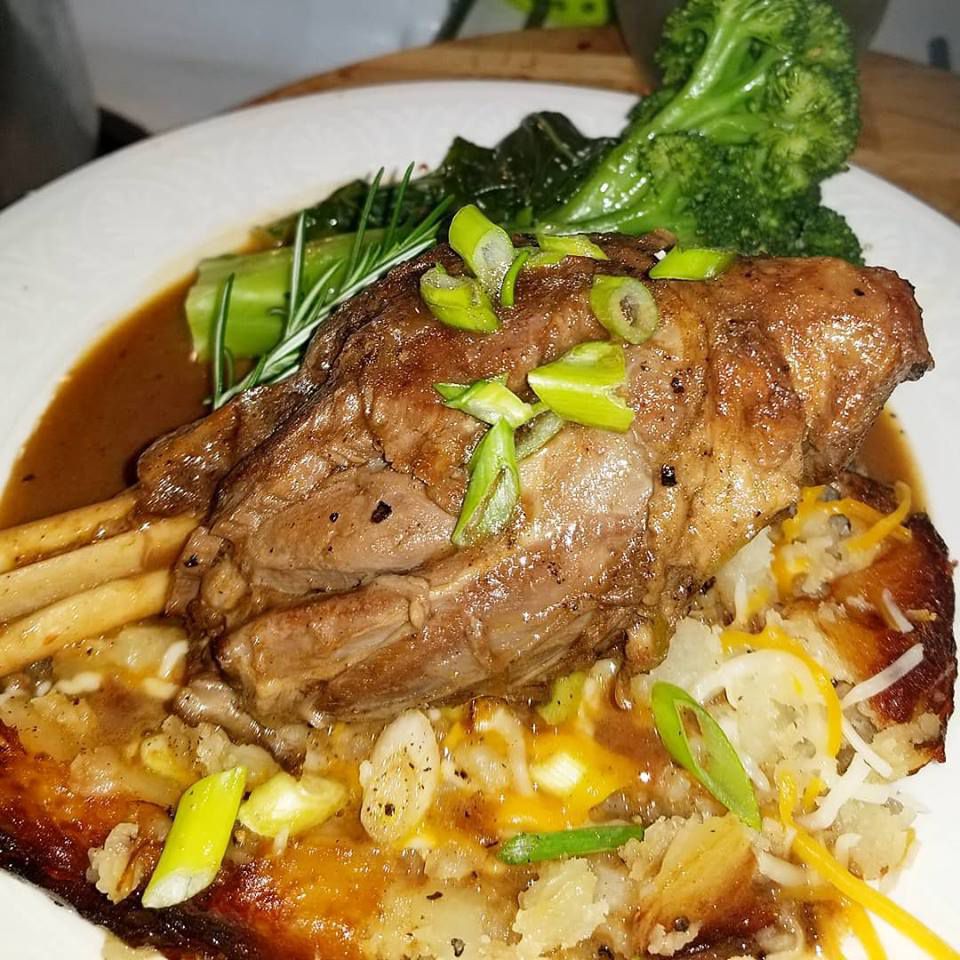 Tequila Braised Lamb Shank - $7 Per Serving - Tequila Braised Lamb Shank and Baked Potato. I was inspired by Chef Jeremy Jong's Sake Braised Lamb Shank over Grits which is also in the episode. In this episode of my kitchen I actually burnt the veggies during the stock prep for the braising of the Lamb Shank. The mistake I made was I sauteed the veggies first on too high of a heat, then put the Lamb Shanks in to brown. According to Chef Jong, brown the shanks FIRST remove the meat and THEN saute the veggies, add the browned shanks back in the pot and lastly add the liquid -Tequila and Stock! I simply removed the burnt veggies, and sauteed some more after browning the shanks. Another mistake I made was adding fat free half and half to the liquid from the braising pot. I followed Chef Jeremy's recipe. I strained the delish broth from the braising. Chef then simply added lots of butter, very French. Me being a true Californian always trying to reduce fat, so I thought I would replace butter with fat free half and half, well it seperated when I reheated it. So the photo you see with the broccoli, the next morning I prepped a new sauce with just a little butter and I browned the day old baked potato. Both versions tasted great. The next days version photographed better. I edited that all out! Take a look - My Kitchen Lamb Shank 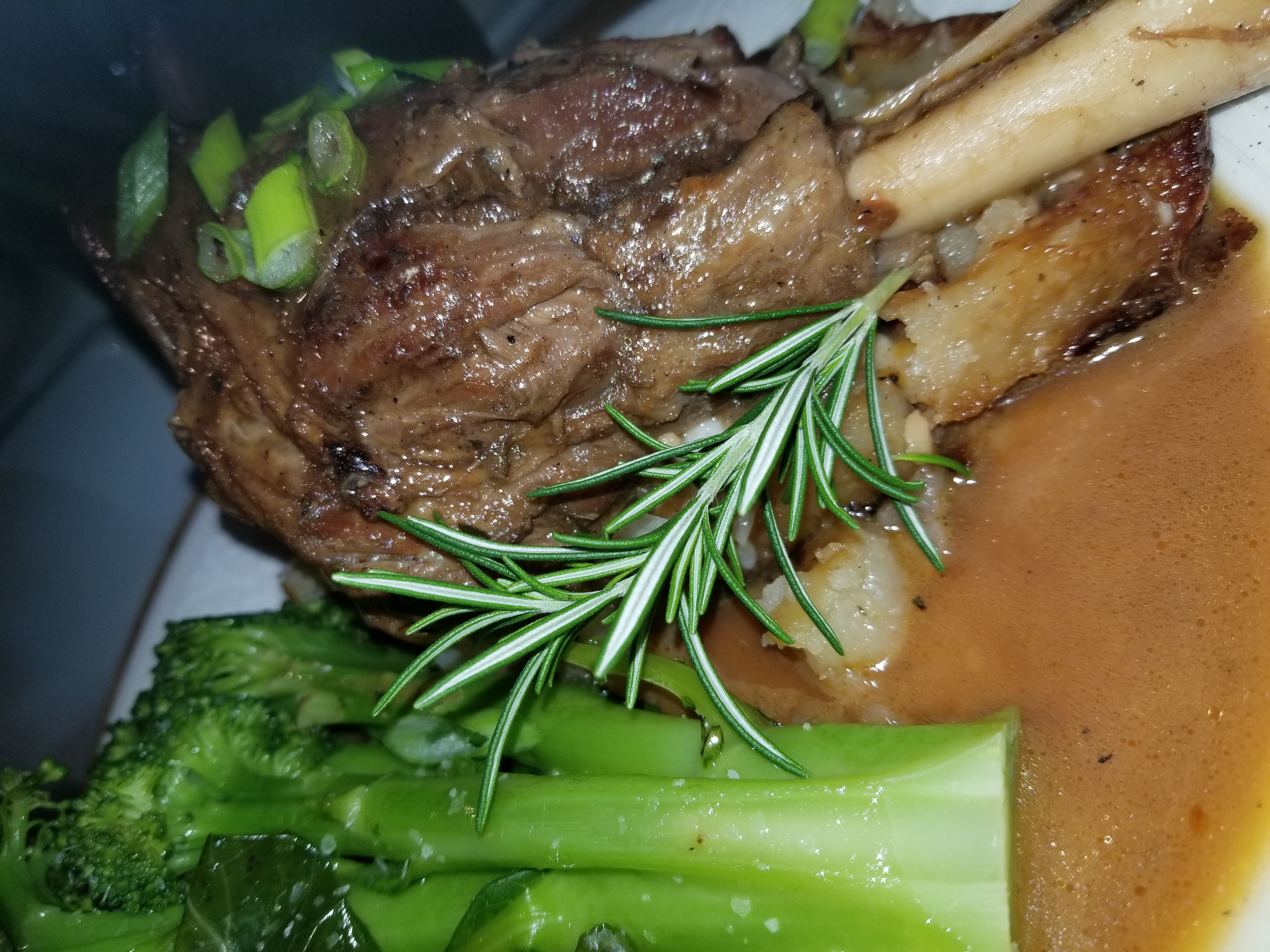 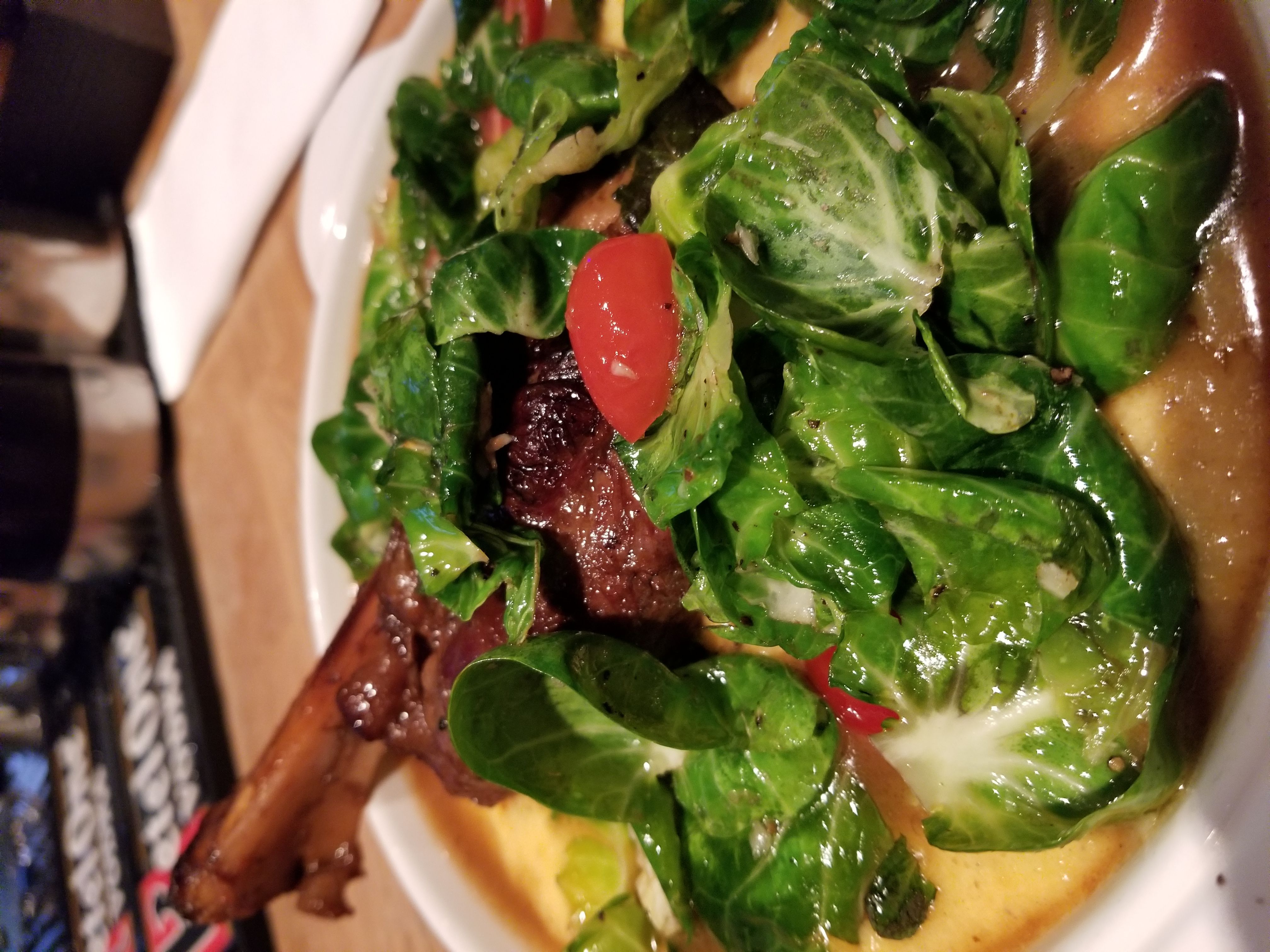 This means if I can do something I have never done before like braising and recover, I encourage you to try it. It was absolutely delish even with the mistake.
The Living With Phyllis Urban Food Show intent is to entertain and pass on information on low cost recipes with Chef Tips and Farmer's Market Shopping tips. We do our part to assist with Food Security for all independent of income by giving you information. Budget Cooking Tip: Most meats that take a long time to cook, slow and low, like a Shank, usually they are the less expensive cuts of meat and great for braising Check out how the professional Chef Jeremy Jong braised the Sake marinated Lamb Shanks! Chef Jeremy Jong show